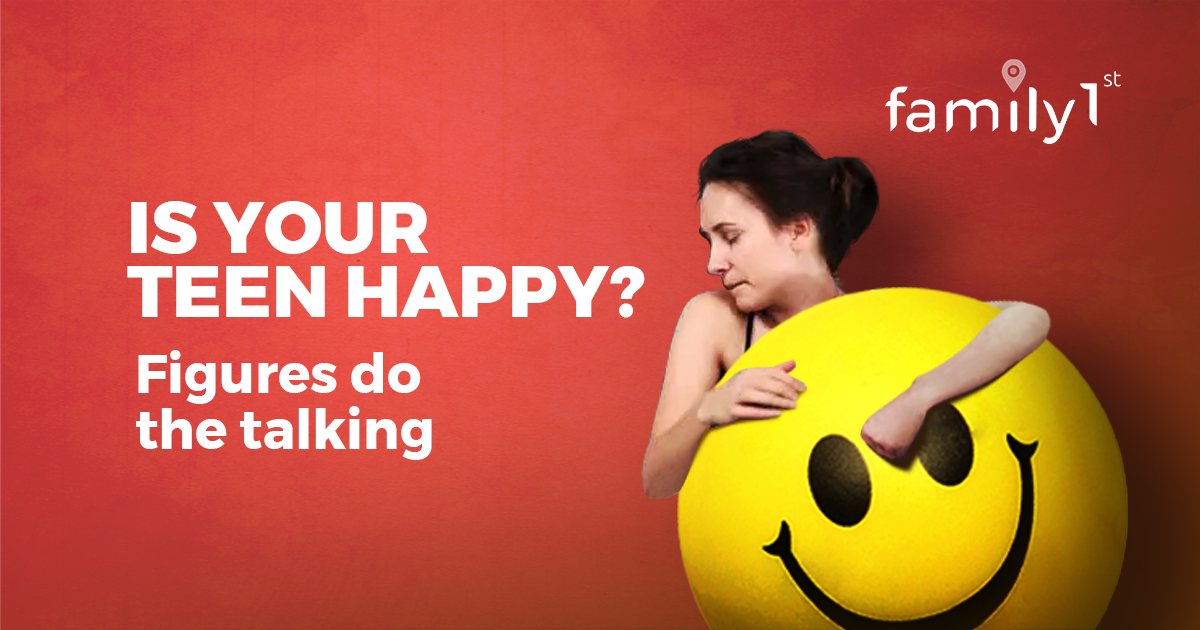 Is the mental health of your teen bothering you? Maybe your teen is just fine and you are overthinking it all just yet, but research does suggest that the mental health of teenagers is a topic of huge concern today. Several researchers in the U.S have put their figures up based on surveys and statistics divulging that over five thousand U.S students aged between 13 and 19 make suicide attempts every day. That’s not all. Researches also stated that deaths in adolescents and young adults caused due to AIDS, cancer, pneumonia, chronic lung disease, influenza, strokes, heart diseases, and birth defects together do not measure up to the deaths caused by suicidal attempts alone.

If you have been noticing that your teen looks unhappy off late or have this gut feeling that something’s terribly wrong then there’s good news for you – All is not lost!

Psychology Today reports that “Data collected from more than 2,700 middle and high school students by SADD (Students Against Destructive Decisions) reveal that most young people feel good about their progress on the key developmental tasks of establishing an identity, achieving independence, and building meaningful relationships with peers. In addition, the majority of teens say they are happy almost every day and perceive themselves as friendly (77 percent), honest (72 percent), and smart (72 percent).”

Various other studies including TechSiteGuide also suggested that teens who share a positive relationship with their parents and more unlikely to take to habits like alcoholism and drugs. This makes it evident that there sure is a ray of hope with teenagers that are on the brink of stepping on an unacceptable path.

However, after working on your relationship with your teen, it is important too, first of all, to understand the mental health of your teen and identify the underlying factors that bring them to a point of unhappiness or worst-case scenario, depression. Here are a few identifications of unhappiness in teens and a few tips to cope with them as parents.

Exploring the Mental Health of your Teen

The best way to understand your teen’s situation and mental health is through communication. Sitting your teen down and talking to him/her could be your first step to peeling off that mask they find the need to wear when you are around. Acceptance could strongly support and encourage your teen to open up with you. These factors will not only better your relationship with your teen but also give you an idea of where your teen is coming from and what is hampering his/her state of happiness. Most parents and teens would more or less have their problem solved at this stage itself.

However, if there is an external factor influencing your teen, then here’s what you could resort to;

Social media brings about major comparisons which can harm your child’s mind. Be it Photoshop and its filters that create an illusion of perfection in appearance or be the fancy Instagram holiday pictures that make your teen believe in someone’s “fairy tale” life, it only bottles down to a harsh comparison. Studies also indicate that one hour of social media time can have a highly negative effect on the mood of a teenager. It is often seen that teens end up spending an entire socializing online which could impact their mental health drastically.

Therefore, it is important to limit your teen’s time on social media and encourage him/her to enjoy real life. At first, it may bring your teen to act like a rebel, but later he/she would be bound to understanding the goodness behind fostering this habit.

A healthy lifestyle leads to a happy life – and this applies to absolutely anyone. However, a teen with all that extra energy and no health issues would not be convinced by that fact easily. The joys of healthy living are recognized by most of us at a later stage in life and your teen is no exception. However, a study by Science Daily confirms that kids that take to smoking, drinking, junk food, and other unhealthy habits are unhappier than teens that follow a healthy lifestyle. A study by ESRC (Economic and Social Research Council) revealed from one of their studies that kids who tried alcohol had 4 to 6 times a lower level of happiness than teens who had never tried alcohol at all. Teens who smoked were 5 times less likely to feel happy than teens who did not. Therefore, we can conclude that an unhealthy lifestyle can hamper happiness levels magnanimously.

Healthy eating habits with a diet that consists of fruits and vegetables make teens happier than teens who avoid the consumption of fruits vegetables and other healthy food items.

On the other hand, a U.S. study stated that teens who participated in sports and outdoor activities had higher levels of happiness than teens that spent their days in front of a screen (computer, television, phone, video games, etc.). Parents need to take note that teenagers who are more exposed to the outside world and who interact with other people daily seem to lead happier lives. Enrolling your teen in a sports club or some socializing group event would help your teen’s mental health greatly.

The Power of Gratitude

Once the comparison is out of the window, your teen is sure to recognize and be happy with what he/she has. Research conducted by Giacomo Bono, Ph.D., a professor at California State University, states that grateful teens are happier and therefore seek a lot of benefits when it comes to mental health. Dr. Borno also conducted a study on 700 teens in which 20% of teens were more grateful compared to 20 % of teens that were least grateful – the former 20% were happier and were 15% less susceptible to depression and vice versa. Grateful teens are more cooperative and connected with others. Gratitude also helps teens feel better about their life and make more sense of their lives in comparison to those teens that lack gratitude. It is therefore important for parents and teachers to help develop the quality of recognizing and appreciating life happenings in teens to make them happier adolescents.

Why is happiness important?

Happiness is a factor that connects several links in life. Happy people are more likely to be successful than unhappy ones. Studies show that happy adolescents have reported a higher annual income (about 30% more) before they hit 30 years of age. There was also a considerable difference in levels of IQ and education when happy teenagers turned 30. A happy state of mind can amplify creativity as well.

How can you use Family1st to keep your teen happy?

Parents often face the fear of insecurities when their teen is out of sight. However, socializing is a virtue one cannot ignore or avoid to better mental health and up your happiness quotient. Family1st understands the plight of a parent and has devised a solution. Every parent can now keep a tab on their teen’s whereabouts especially to ensure their safety with a family1st portable device. You could buy yourself some peace of mind while you encourage your teen to explore the outside world of happiness.

For additional information on family1st portable or if you want to buy a device for your teen, please visit us at Family1st.