Receive$10 Cashback off your total purchase. Offer only applicable if you Buy & Activate at the same time. Offer valid at family1st.io.. Certain exclusions apply: To receive the offer, ordered items must include purchase of a subscription along with at least one GPS unit. Cashback is only applicable if the device subscription is active for 3months or 90 days Not valid in conjunction with any other offer or total store promotion. Offer is valid with Free Shipping offers. No adjustments to prior purchases. Not valid for cash. Offer is subject to change and/or end without notice.

Teen driver safety is a crucial topic by which all drivers get affected and is an important topic to discuss. Most deadly car accidents are the second-leading cause of death for teenagers. Teenagers between the ages of 15 and 20 make up the majority of nearly 7.8% of motor vehicle fatalities (NHTSA). Teenagers lack driving knowledge, experience, and the capacity to reason clearly, which leads to rage driving and a propensity to overestimate their abilities to handle hazardous situations, which increases the chance of teen automobile accidents.

Apart from these reasons, other causes lead to frequent car crashes in teens, for instance, distracted driving, alcohol consumption, impaired driving, and the sheer irresponsibility of not understanding the importance of seatbelt usage.

Parents and elders should make time to discuss with their children the importance of responsible driving and talk about all the factors to make them understand the impact of their actions. It is crucial to keep these young teen drivers as safe as possible. It is equally important to make them aware of the potential dangers and impact of irrational driving.

Safe driving practices will keep teen drivers safe but installing a portable GPS tracker will also keep their parents informed about their whereabouts.

Below are the common causes as to why teen drivers are more likely to indulge in irresponsible driving that ultimately leads to car crashes:

There might not be a solution to every problem, but there is a preventive measure for every adverse situation. Fortunately, these tips would help parents and guardians educate themselves and their teens on how to stay safe and prevent fatal accidents on the road.

Below are some tips and suggestions which would help you and your children to stay safe while driving:

Installing a portable GPS tracker in your teen’s vehicle would help you keep an eye on them when they are away from you. It would ensure a safer driving experience. You would be comparatively relieved whenever your teen goes out for a drive.

These are just a few benefits that a GPS tracking system for vehicles can offer. The system provides a wide range of advantages, proving that it is a long-term investment that is safe and successful.

These benefits must be convincing enough for you to install a GPS-tracking device in your teen’s vehicle. Wouldn’t it be convenient if you find all the necessary features in a single device? With new and better products being launched in the market every day, Family1st portable GPS Tracker has managed to stay on top with its excellent features and promising results!

What Makes Family1st Better Than Others? 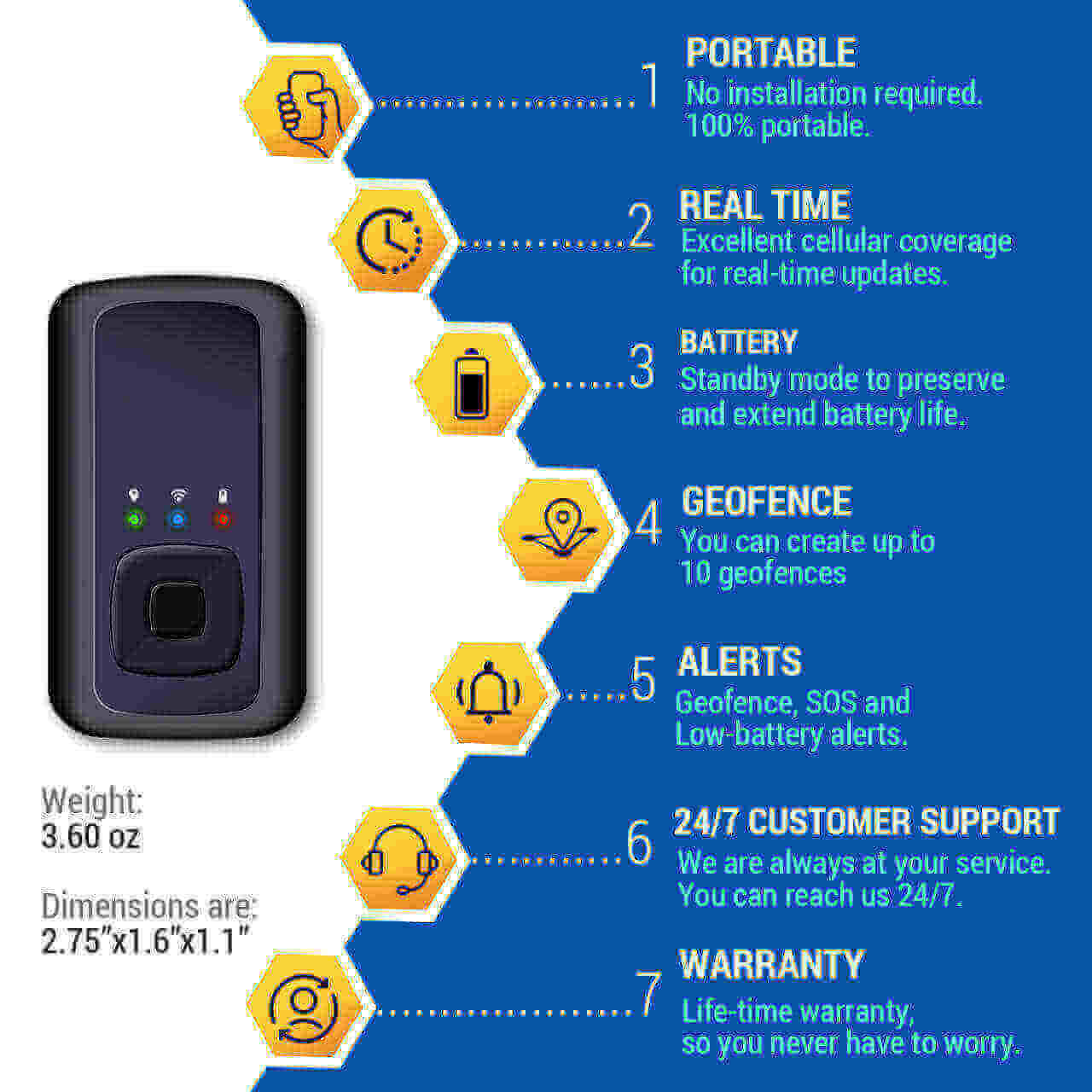 To make sure our loved ones are secure, we purchase a GPS tracker. Before investing, we conduct all necessary research, evaluate available options, and ultimately select the product that best meets our needs.

One such is Family1st portable GPS tracker. It has Alexa integration, a long battery life, a safe zone, and alert notifications, prevents theft, offers round-the-clock technical support, provides the highest level of security and safety, utilizes 4G cellular technology, and is feasible.

Top features which make Family1st the best portable GPS tracker out there:

Understanding teen driving statistics can provide a clearer picture of the state of teen driving on U.S. roads and educate parents and guardians about the risk factors teens face behind the wheel. Knowing the most common reasons for accidents and fatalities among newly licensed teen drivers should potentially assist parents and newly licensed teen drivers make safer decisions while driving. Apart from all the precautions, the most important one of them is to install a portable GPS tracker in your teen’s car/bike. In this way, not only would your teen be safer than usual but at the same time, you’ll be relieved!