Receive$10 Cashback off your total purchase. Offer only applicable if you Buy & Activate at the same time. Offer valid at family1st.io.. Certain exclusions apply: To receive the offer, ordered items must include purchase of a subscription along with at least one GPS unit. Cashback is only applicable if the device subscription is active for 3months or 90 days Not valid in conjunction with any other offer or total store promotion. Offer is valid with Free Shipping offers. No adjustments to prior purchases. Not valid for cash. Offer is subject to change and/or end without notice. 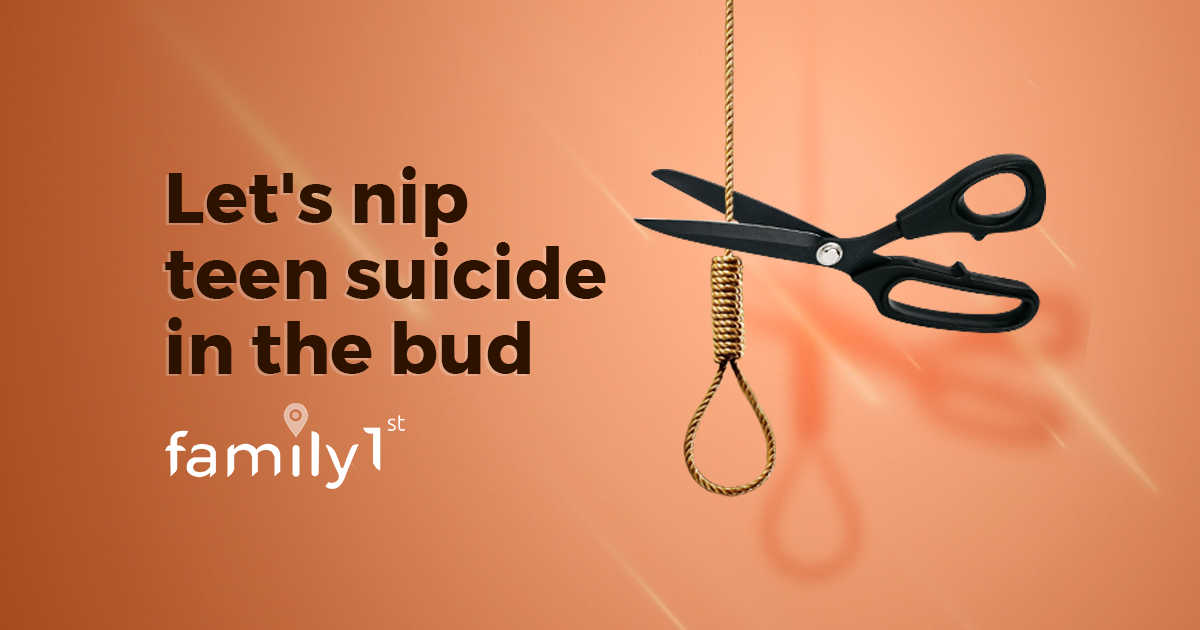 Millions of people around the world are suffering from depression, making it one of the leading causes of disability and loss of life. Sadly, a large chunk of our children and teen populations are part of this number too.

All of us go through phases when we might feel sadness—but we soon overcome them. It is not like that with depression. For a person suffering from depression, doing normal things like working, going to school, meeting friends, or even eating, can become increasingly difficult; making it hard to get through each day. So, it is important to make the distinction between sadness and clinical depression… because only when depression is recognized, something can be done to help the person.

How can I recognize depression?

Firstly, it is important to understand that not everybody going through depression will have the same symptoms or experiences. Even though a person may not have all the typical symptoms, they could still be suffering.

Keep an eye out for these feelings and actions:

Why is it important to recognize depression in teenagers?

Teenage years tend to be difficult. The burden to excel at school, to fulfill expectations of the family, to stand up against bullying, or even to not crumble under peer pressure… All of these things can add stress to a teen’s life and when they are unable to handle it, can become some of the reasons leading to clinical depression.

When teens show signs of depression, they can easily be mistaken for the moodiness of puberty or simply bad behavior. If you pay attention, you will see that the signs of depression they display are different from that of adults. For example, teens may sulk, act out, get in trouble at school, express negativity, and feel misunderstood by others. Alternatively, some depressed teens may put on the appearance of being mentally healthy, forcing a smile so others will not worry.

Depression works at a physiological level—affecting not only the thoughts but also the chemical make-up of the brain. This condition often prevents the sufferer from recognizing that they could find help and be happy again. In fact, it often leaves them feeling unbearable emotional (and sometimes physical) pain. And it is at this point—when they cannot see an end to the suffering—many of them choose to end their life instead.

What are some of the other issues that put teens at risk of suicide?

How can I spot signs of a teen at high risk of suicide?

For many suicidal teenagers, the desire to take their life may be associated with feelings of stress, self-doubt, pressure to succeed, financial uncertainty, or an insufferable loss. For some teens, suicide may even appear to be a solution to their problems.

If you are concerned about yourself or a loved one being at risk of suicide, be on the look-out for these behaviors:

If your teen has been displaying reckless or self-harming behavior, do all you can to protect them. Attaching a Family1st GPS tracking device to their cars is one of the best ways of ensuring their safety while they are out of the house.

What can I do to help a suicidal teenager?

The first step to preventing teen suicide is recognizing and treating depression. Effective, early intervention can help them in dealing with this condition. A combination of love and support, mood-elevating medications, and psychotherapy can help deal with teen depression. The sooner the treatment is started, the better the chances of a positive outcome.

Every teen has a bad day or two. But if you notice their behavior is changing for many weeks at a stretch, it is time to talk. Don’t wait for your teenager to come up to you or for something to go very wrong before you take action.

Recognize that your teen is going through problems that feel overwhelming to them, even if they seem trivial to you. Resist the urge to shove things under the carpet or gloss over troubling situations by commenting things like, “It is not big deal. It is just a phase.” You need to accept your teen where s/he is today and acknowledge their feelings and stressors.

Listen. Even when they are not talking:

Not all youngsters who are contemplating suicide will talk about it or display the symptoms we discussed earlier. That is why it is important that family and friends create an atmosphere that encourages talking and sharing without judgment (even difficult or embarrassing subjects.)

If your teen is talking (or communicating through drawings, poems etc.) about taking their life, do not dismiss it as a teenage tantrum. Very often, these communications are a plea for help; and timely help can save their life.

If you notice any signs of depression or suicidal behavior in your child or teenager, you must contact a trained mental health provider immediately.

Be supportive and together:

During times of depression and suicidal thoughts, it is critical that the person suffering should not be made to feel alone and unsupported. Encourage your teen to communicate with their family members, friends, or even an appropriate support group.

Watch-over them, even when away:

If your teen has been displaying self-harming patterns, you must take extra precautions. It is easier to watch over them when they are at home, but what about when they step out? If you are concerned about your teen when they spend long hours outside home, you can try and make sure that they are accompanied by least one friend at all times. Or, if your teen often drives-off in their car, leaving you worried sick about their safety, you can watch-out for them with the help of GPS tracking devices that can be easily fixed into their cars. The best part about these devices is that they send you all the information directly on your smart phone. So, no matter where you are (or where your teen’s car is), you can be keeping track of their location, their movements, and even driving patterns like how often they speed or hard break. You can take a look at Family1st for some of the best car tracking devices and ensure your teen stays safe.

No matter how overwhelming the emotion, remember, help is at hand. If there is immediate danger, call 911. Otherwise, call the National Suicide Prevention Lifeline at 1-800-273-TALK (8255). Support is available 24 hours a day, every day of the year. Remember, you’re not alone.
Asking for help is a sign of strength. If you are concerned, go with your instincts, and get help!